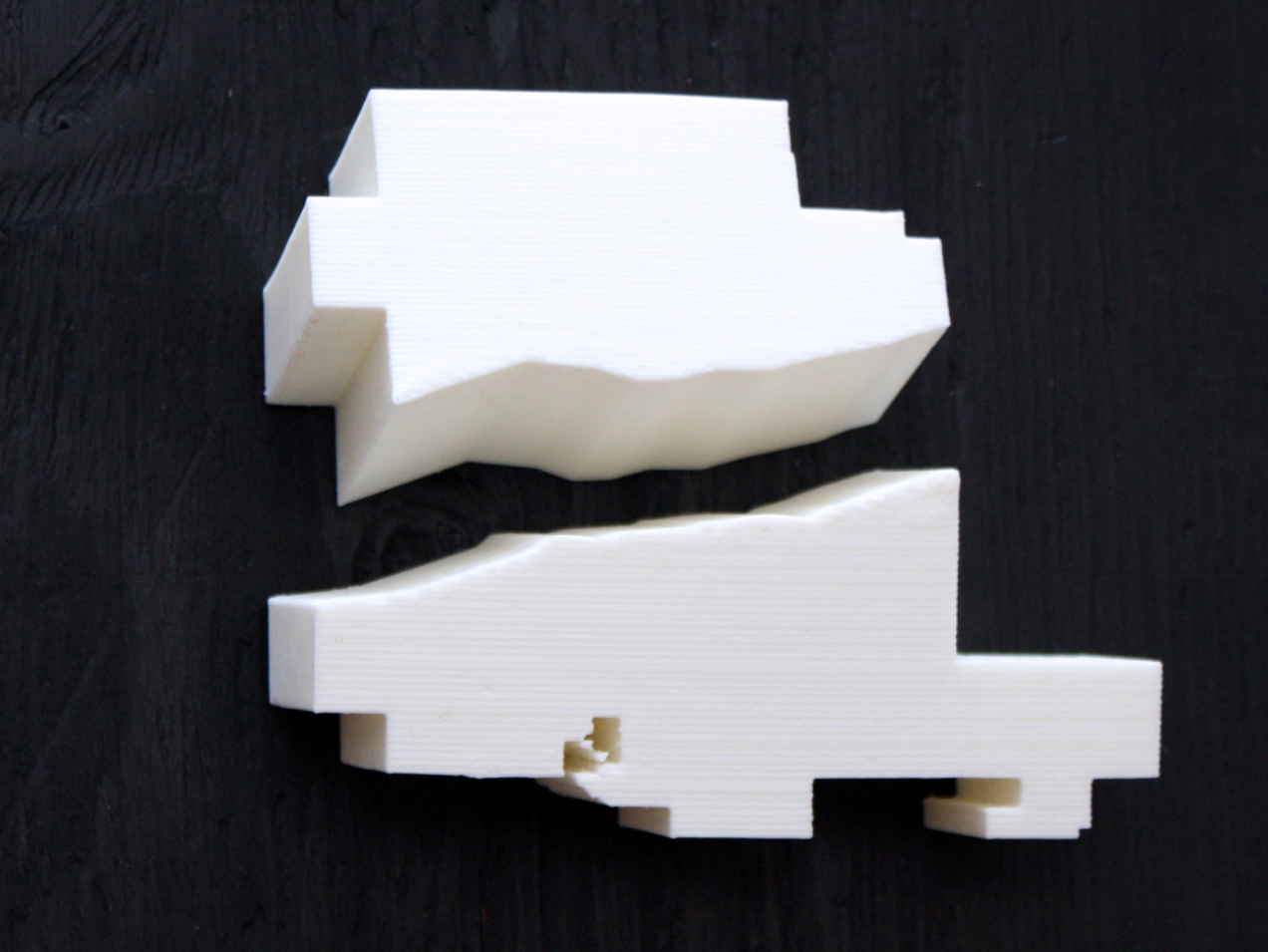 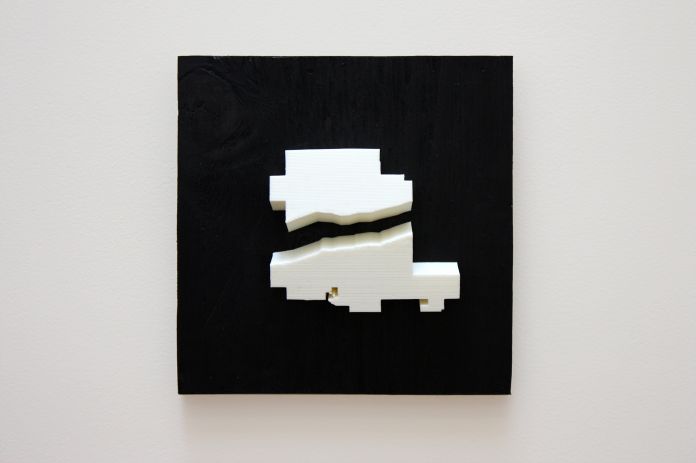 Moore lies just south of Oklahoma City. The city boundaries are shown below. 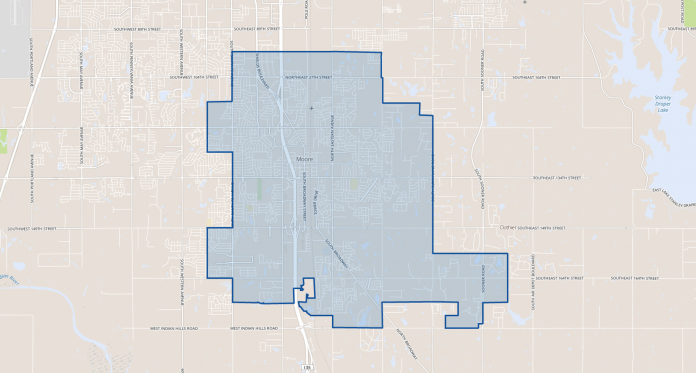 The path of the tornado was published by NOAA after the event. 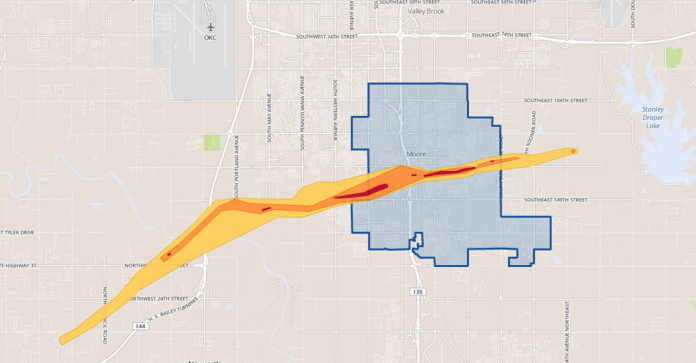 The center of the tornado path left only debris. The aerial imagery alone makes the path extremely clear. 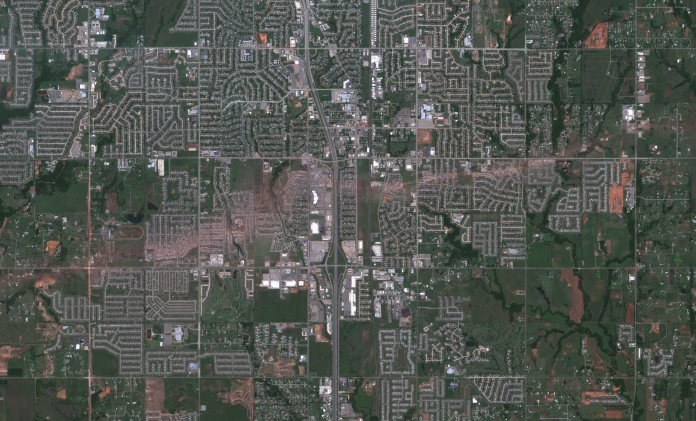 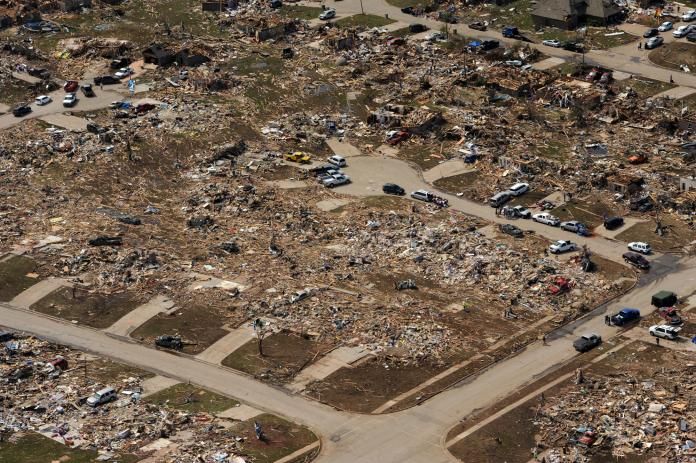 To capture the concept of a city cut in half, this piece is a 3D printed representation of the boundary of the city with the tornado track cut out, splitting the city in two. The city boundaries are 3D printed with white plastic mounted on wood. 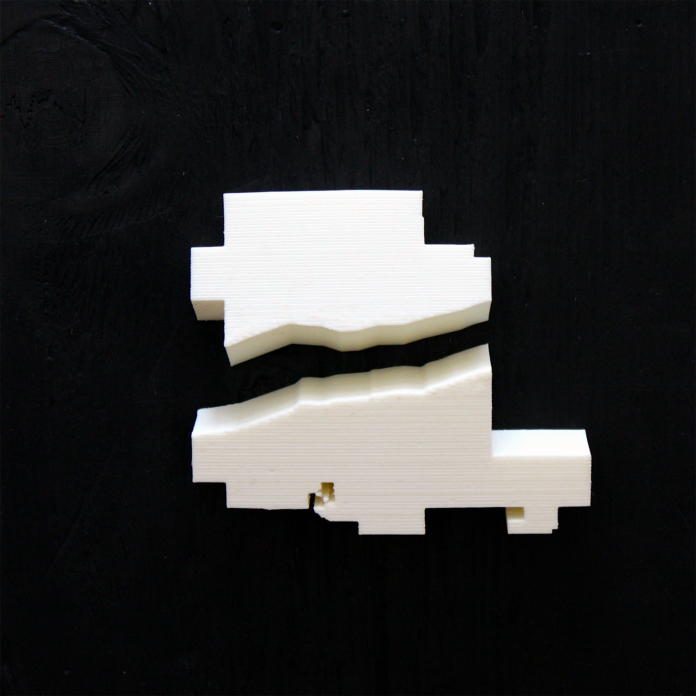 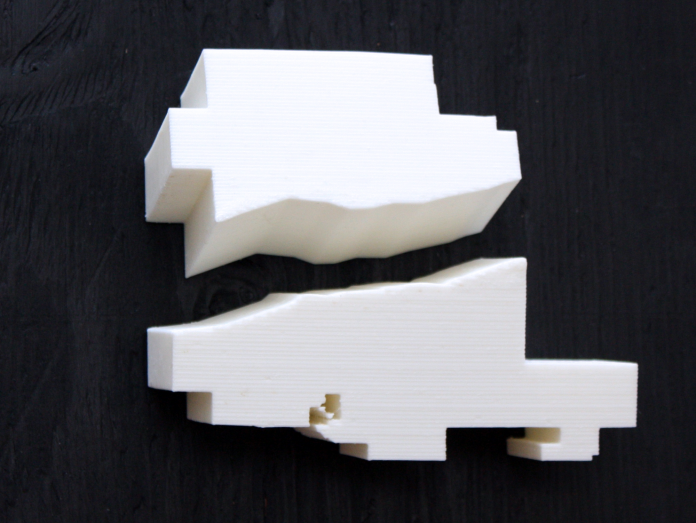 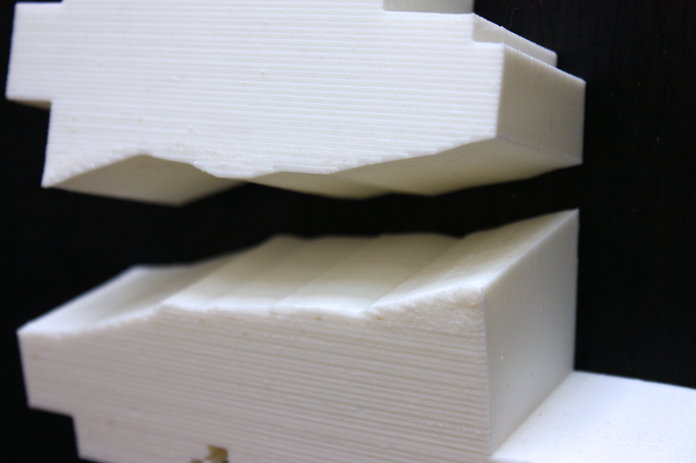 I went down a few paths prior to settling on the simpler, more abstract map. I first attempted to map the population within the city to show that the tornado struck right directly through populated areas. These images show the initial prints I made that show population. 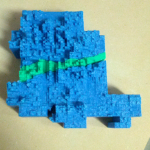 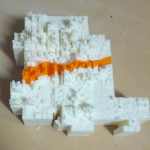 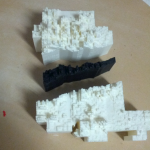 I found the population data interesting, but it muddled the narrative. Instead of focusing on the visceral reaction of a town split down the middle, you start trying to quantify the data. The next attempt was to manipulate the tornado track in various ways. These versions show the “splitting” by ripping the model in three parts and pulling the tornado track out a bit. You can see that I eventually opted to drop the population data entirely. 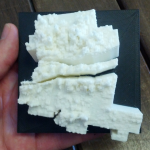 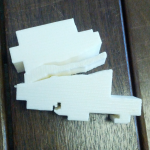 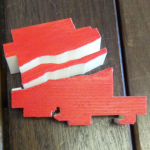 That got me closer to the result I was looking for, bringing the focus to the track. But I wasn’t really trying to focus on the area that was damaged. What hit me hardest when looking at the maps of the path was how such a hole was left in the middle of this city. How there was simply nothing there. 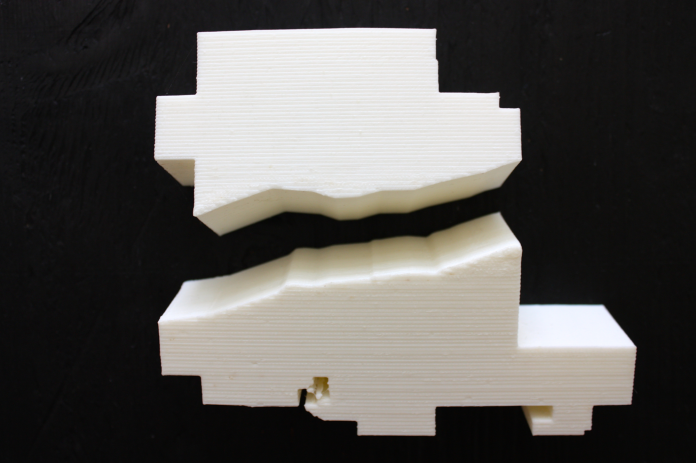 And so I ended up removing the track entirely, leaving a giant gash through the middle. The result finally got me the kick in the gut I was looking for. A city split in two.

I created this immediately following the tornado, but it didn’t feel right to blog about it in the immediate aftermath, hence the delayed writeup.

My job involves mapping events like the tornado that hit Moore, Oklahoma. But in doing so I often lose the ability to see the real human impact these events have. I sell software to insurance companies. When a tornado tears through a town, or when a hurricane hits the coast, the usage of our software spikes. Our business benefits when these things happen. Our customers are trying to estimate the damage, calculate the losses, and understand the financial impact. So much of it is about numbers. It’s too easy to see these maps and not recognize that people are dead and an entire city has been shaken to its foundation.

So when the next tornado hits, or the next earthquake, hurricane, or fire, I hope to remember that what really matters are the people. It’s not about the interesting maps, or the buildings destroyed, or the dollars lost. It’s always about the people.