This is a custom-made map of Golden Gate Park created by the people at Woodcut Maps. I met Gabe Smedresman nearly two years ago at some SF meetup group. He had just launched his new project, woodcutmaps.com, and once I heard about it I was determined to get something made. I had just bought a house on the north side of Golden Gate Park, and I wanted something personal to commemorate our new home.

The map I had made focuses on the park, but includes streets to the north and south to provide context. 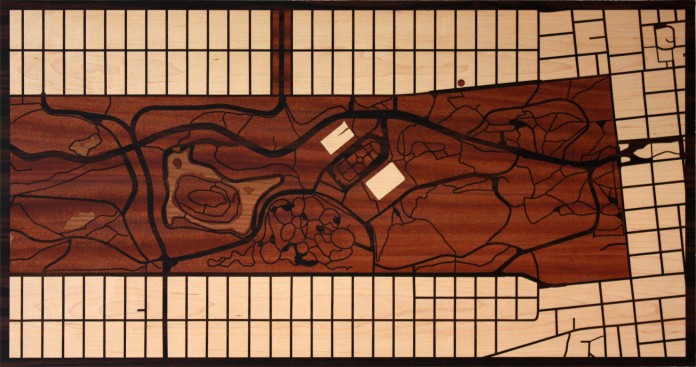 The Woodcut Maps folks made a few customizations to the design for me. The entire map was rotated a slight bit to get the streets running east-west to be perfectly horizontal. The actual streets in San Francisco run at an ever so slight diagonal, but to give the map better symmetry I wanted things to line up perfectly. They also added a small marker for my home on the north side of the park. 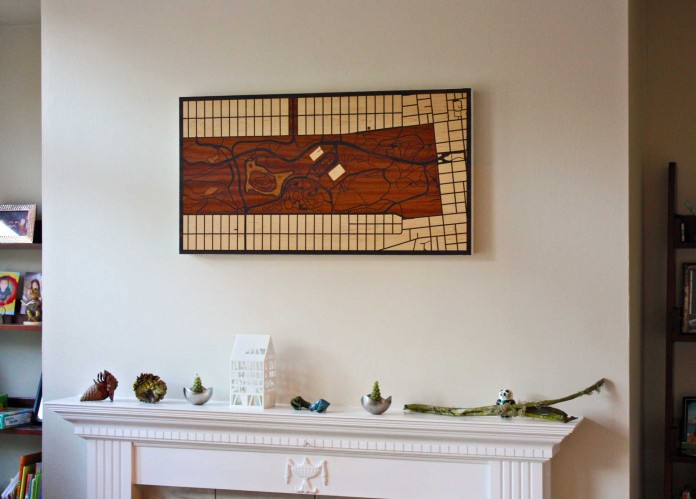 I had originally intended this to be the top of a coffee table. It measures 34″ by 18″, and I believe for a very brief period right when I had it made it was the largest map Woodcut Maps had created (but that record was quickly broken). But instead of mounting it as a tabletop, my wife decided it was so gorgeous that it deserved to be front and center in our living room. So we mounted it on a wood frame and put it above our fireplace. 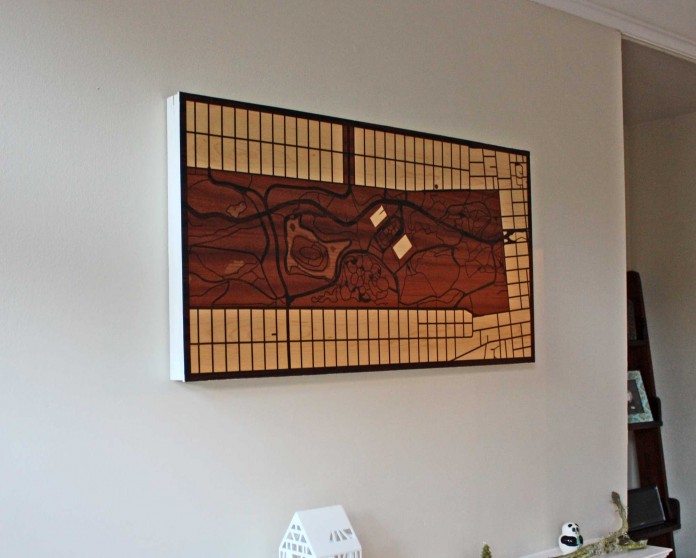 I was amazed at how manual the process was to construct these maps. The pieces are all laser cut, but then they are assembled by hand. Here’s a shot of the assembly process. Some of the pieces are really tiny, and it takes a lot of patience working with tweezers to get it all done. 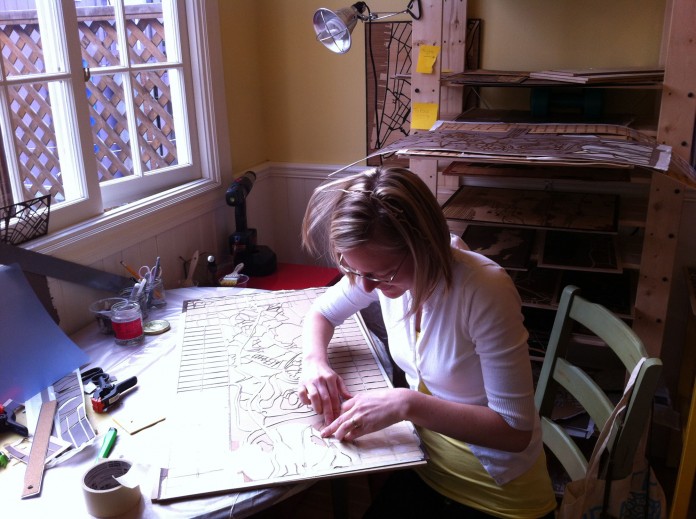 Since Woodcut Maps is a local San Francisco startup I was able to meet up with them in person to see the process. They even saved a few parts of the construction for me to complete. Here’s a few shots of me putting the last bits of Stow Lake together. 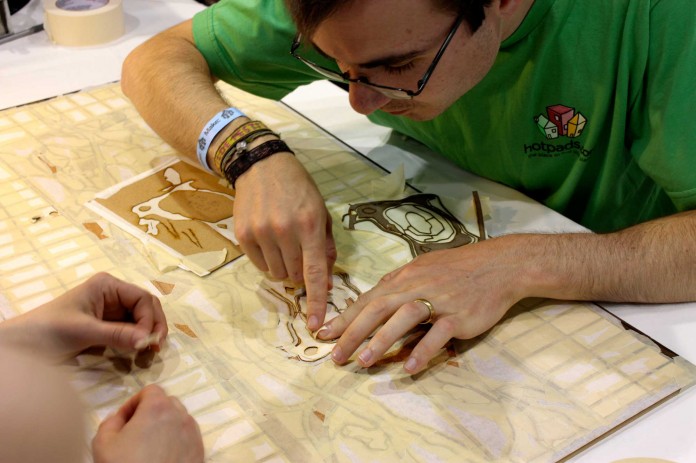 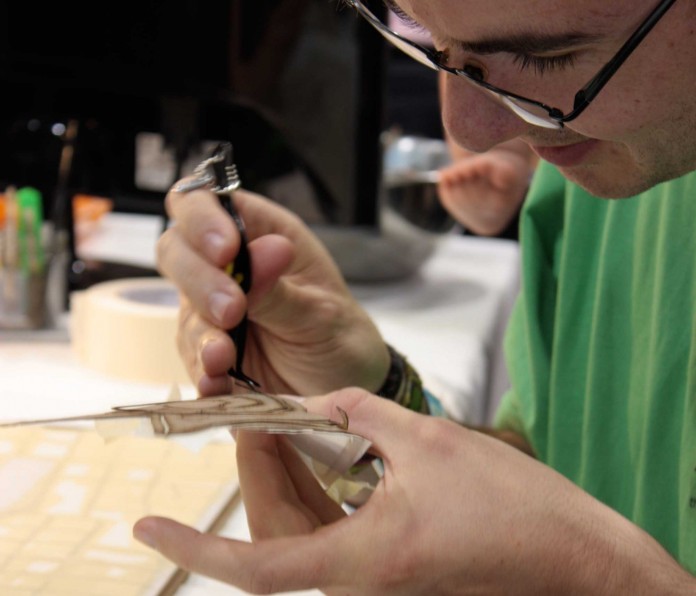 One last detail shot to show the walking paths around the De Young museum and the Academy of Sciences. I love this park! 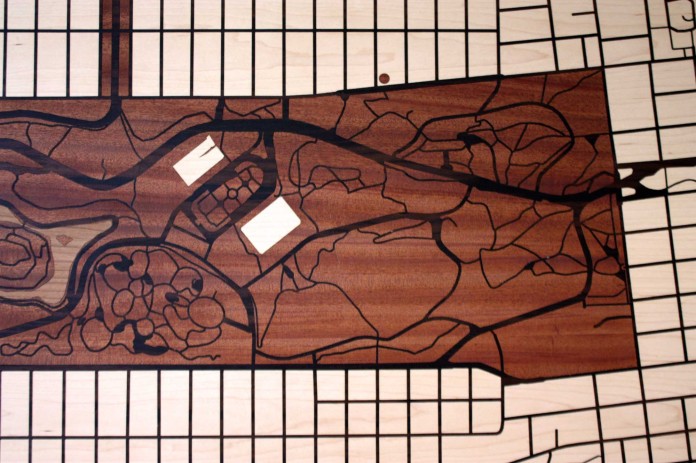 If you want to support a cool local San Francisco business, go check out what they’re doing at Woodcut Maps.