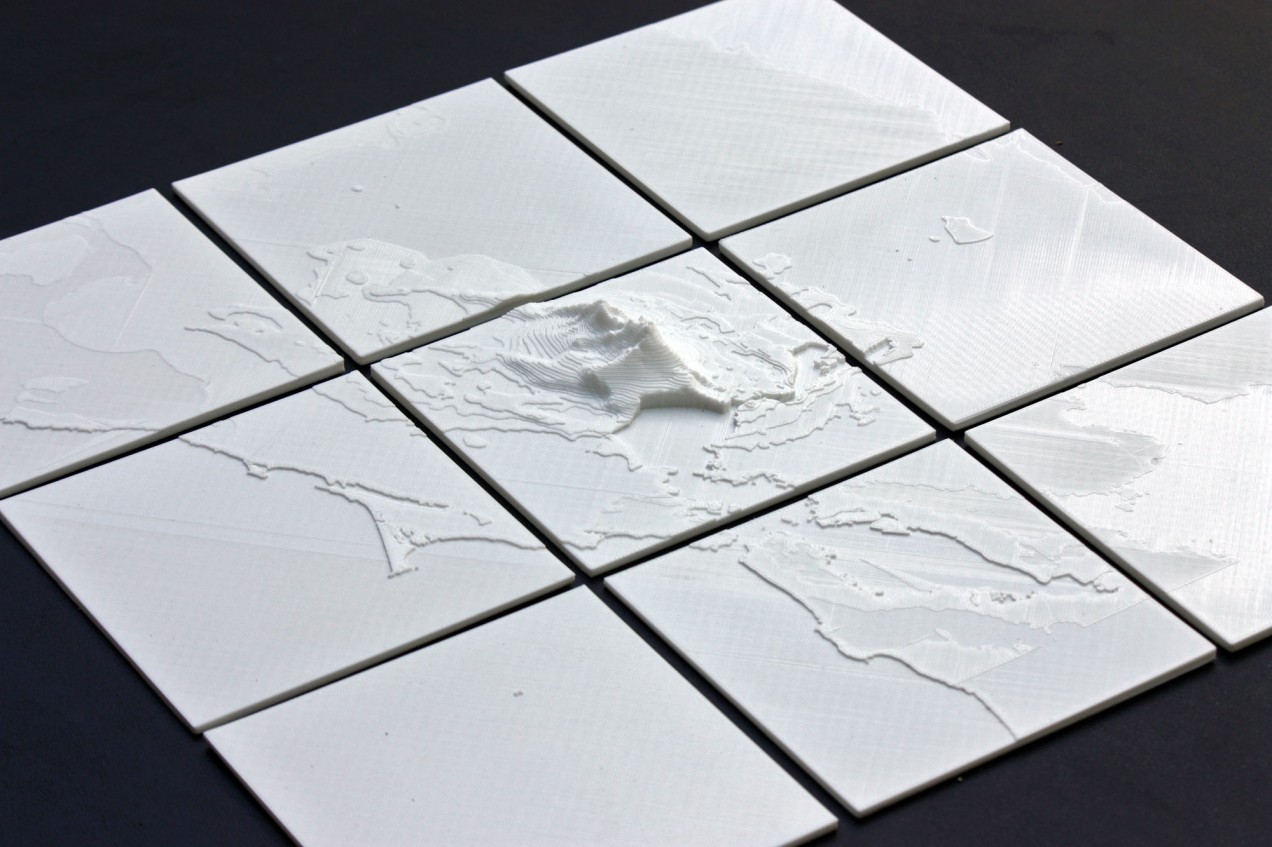 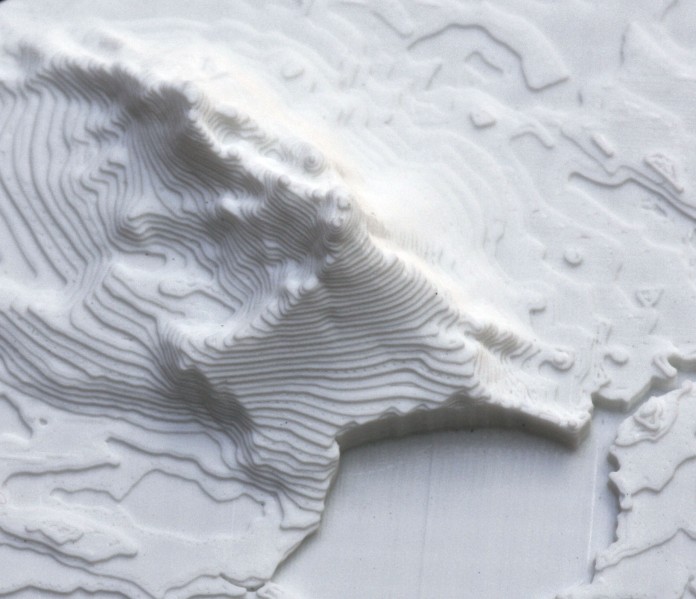 The full piece consists of 9 printed panels, and I’ve chosen to mount and frame the piece highlighting the paneled composition. 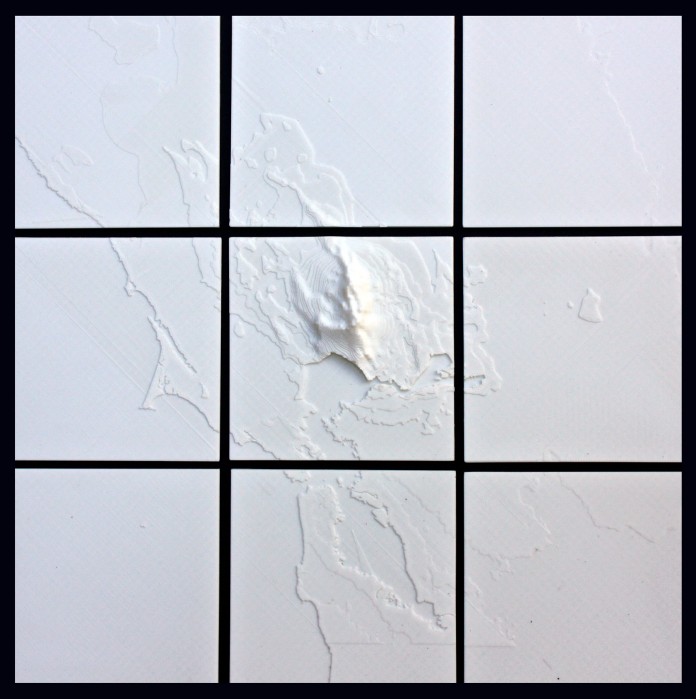 The source data comes from the USGS and represents the Peak Ground Velocity (PGV), which is a measure of how intense the ground shaking was, which is closely related to damage.

The graphic below renders the source PGV data around the epicenter: 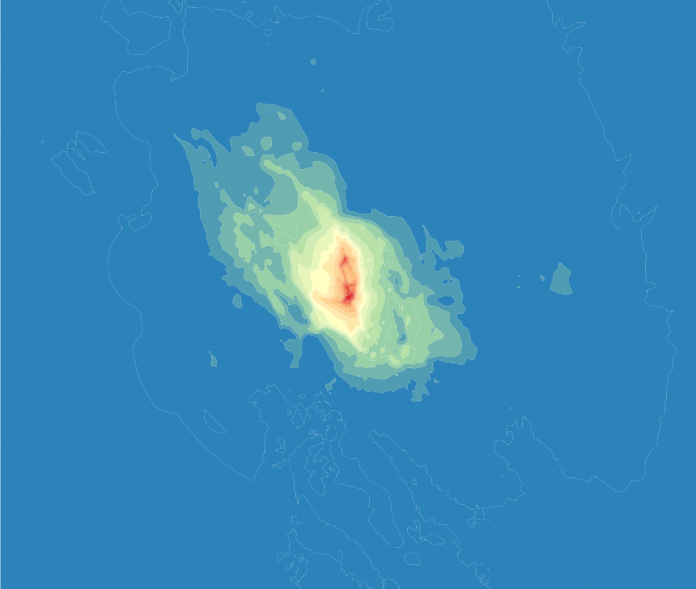 I’ve converted the source GIS data to a 3D model using some software I wrote called shp2stl, which is available for anyone to use. The conversion extrudes each polygon proportionally to its PGV value. So a spot twice as high (on the Z axis) on the model had a peak velocity twice as great.

A few shots of the 3D model itself: 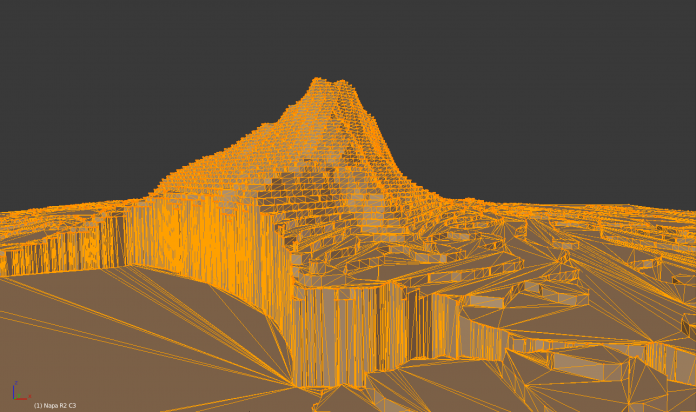 A view from above that shows the epicenter and extends down to include San Francisco shows how concentrated the shaking was and how little it affected other areas. I can attest to the fact that apart from the nuisance of being woken up at 3am, the earthquake didn’t do much down in SF. 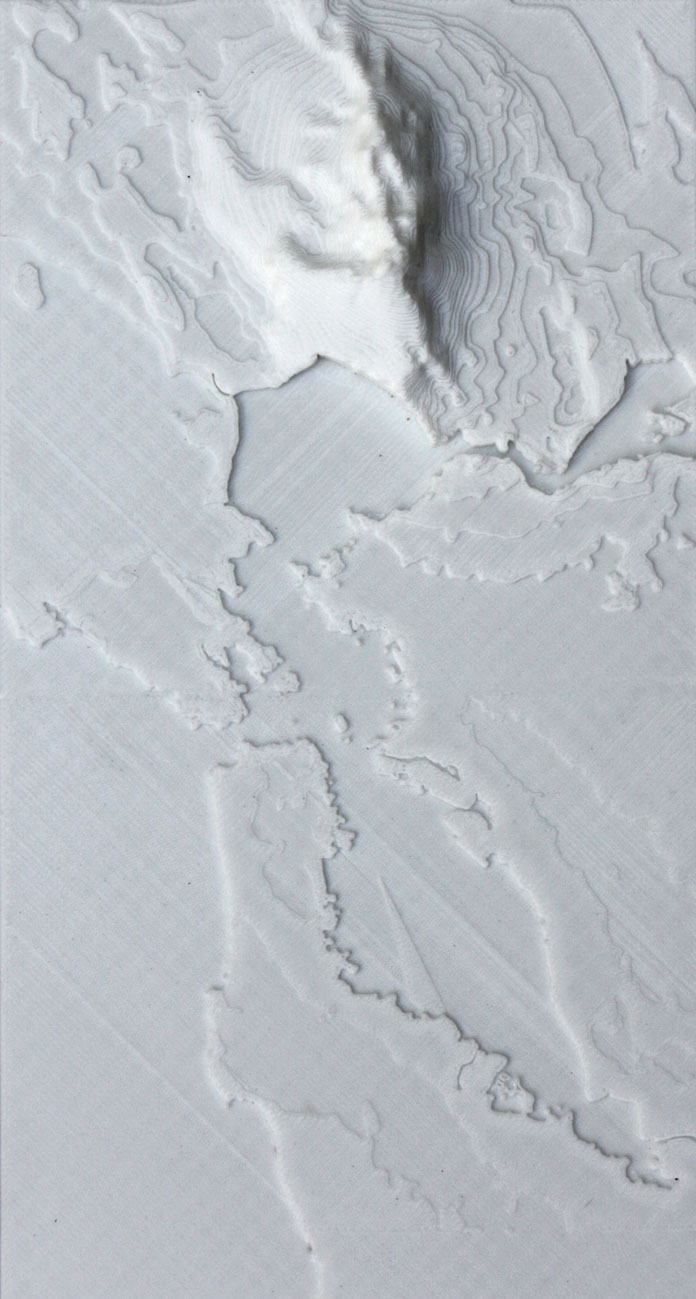 Another overall shot of all the tiles that make up the full map: 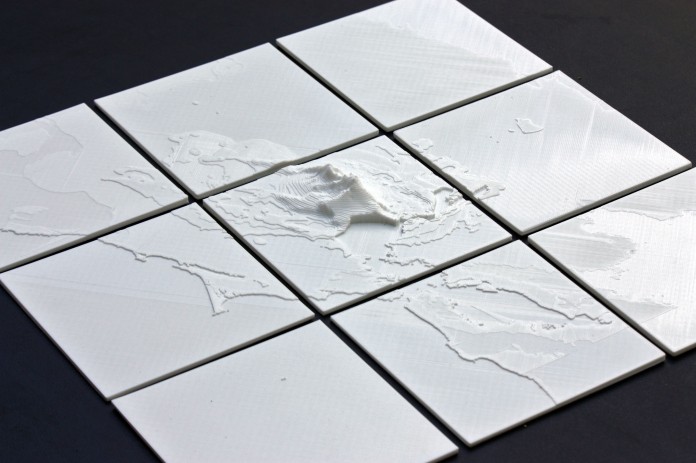 And more detailed shots of the epicenter: 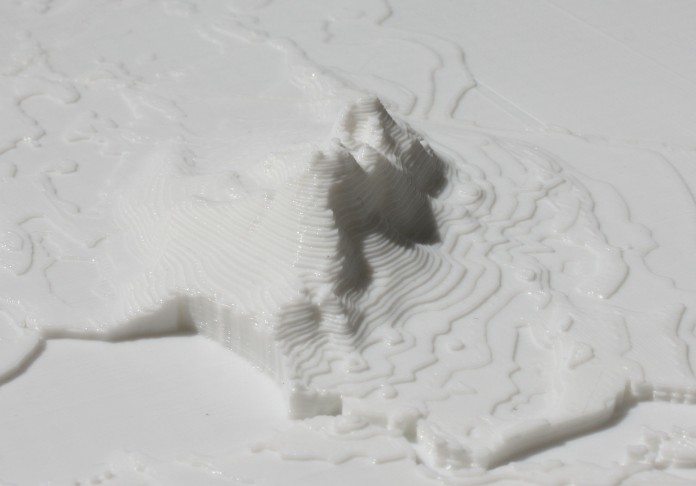 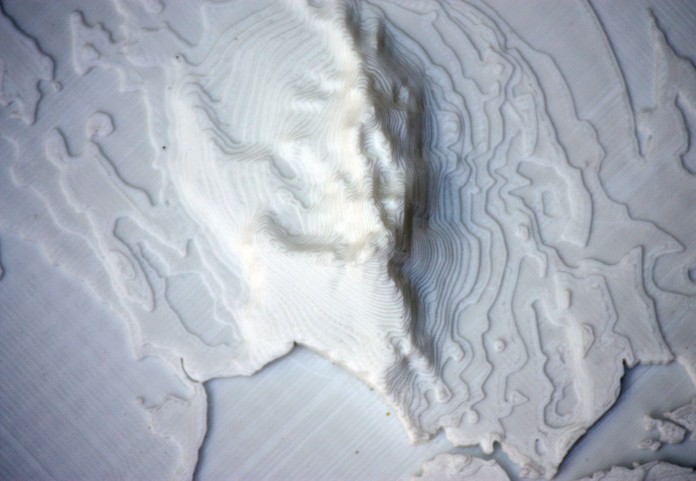