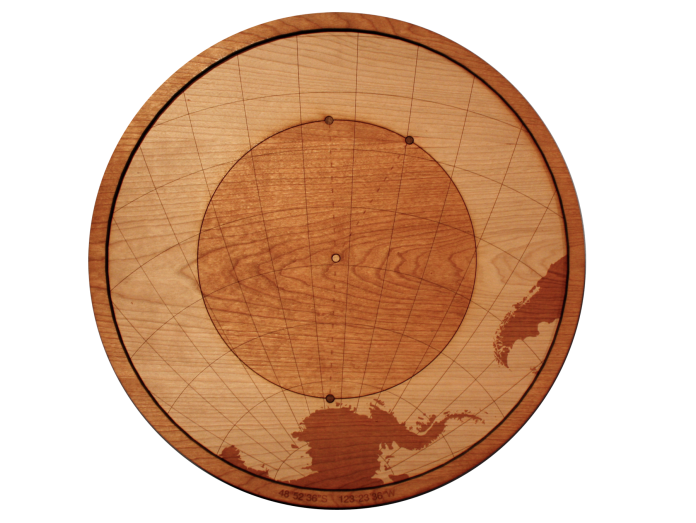 This map brings focus to this distant pole of inaccessibility. Centered on Point Nemo we have a much simpler map than we’re used to. Instead of focusing on complex land features, we shift to look at the expanse of nothing. The islands closest to Point Nemo, Ducie Island, Motu Nui, and Maher Island, are marked and the 1,670 mile radius around the pole is delineated. 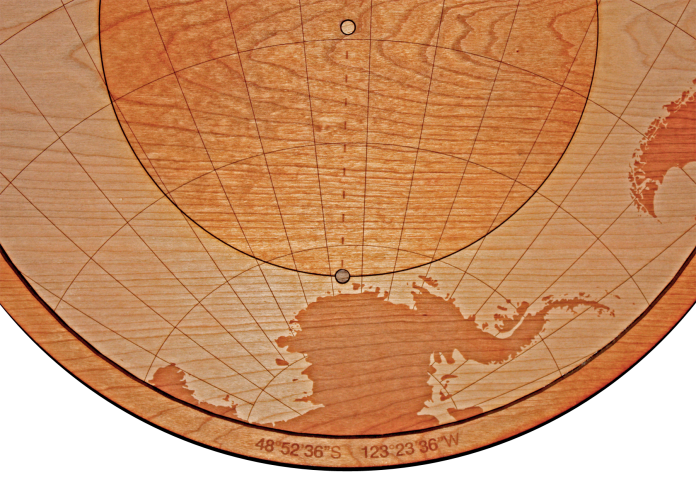 Continents just barely peak out from the edges with Antarctica to the south and the tip of South America to the east, bringing just enough context to the nearly limitless expanse of sea. 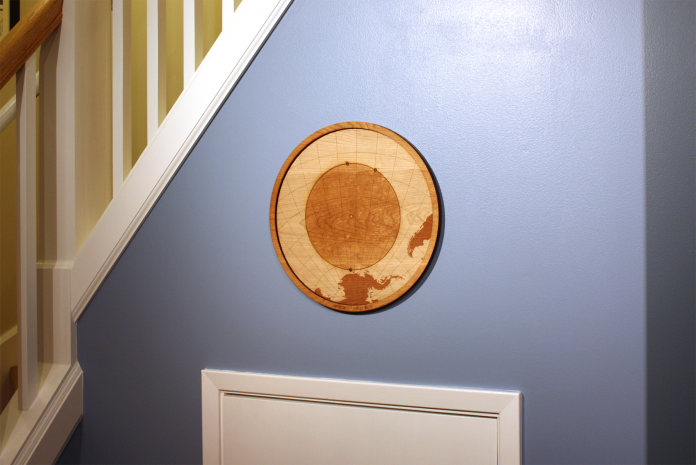 By modifying those examples to center the location on Point Nemo I was able to create the perfect map with code (click through and view source if interested). The map below draws the continents, then layers on the four points of interest (Point Nemo and the three closest points of land) and draws a circle for the radius around the pole. 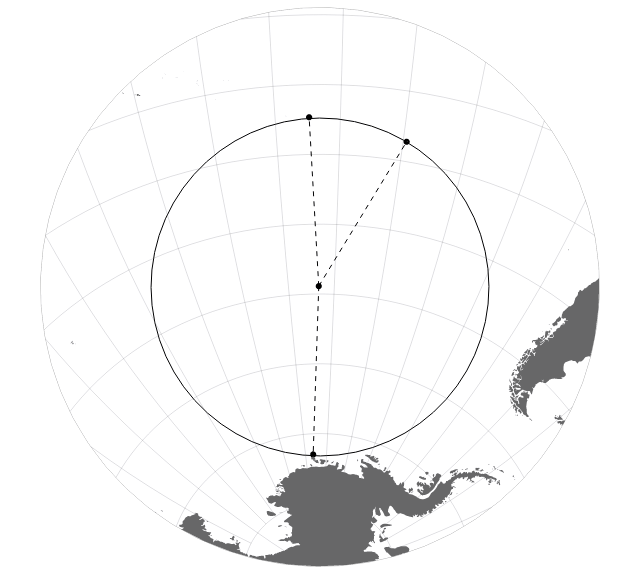 And since D3 just produces SVG, it’s easy to save the SVG and open it up in Illustrator to tweak it. A few quick edits and I was able to get the vector file ready for laser cutting and etching. I used Ponoko to cut and etch the design out of wood. If you’re interested in recreating this map, you can download the full vector file I sent off for laser cutting. 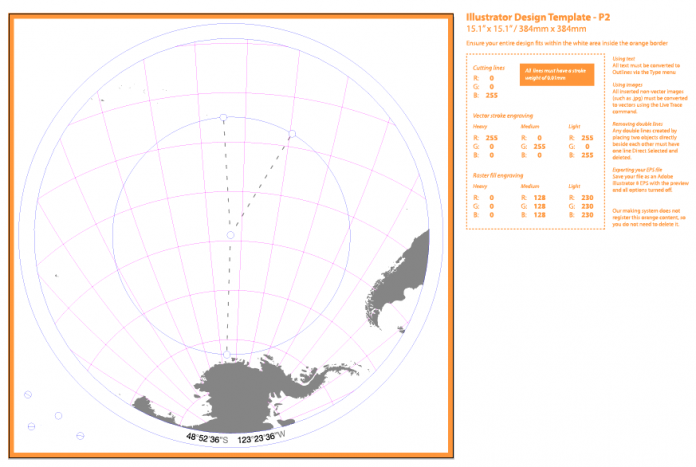 Once the laser cut parts came back I used a light wood stain to stain the inner radius of the map to visually set it apart.

This map was my Christmas present for my dad this year. He’s a sailor, and I mean that not in the “day-sail with your buddies” type of way but rather the “single-handedly sail across oceans” kind of way. He hopes to make his way to Point Nemo one day, and this map was my little reminder to him to make it happen. 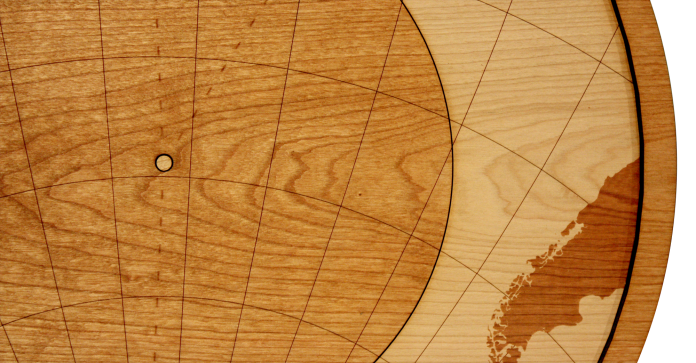