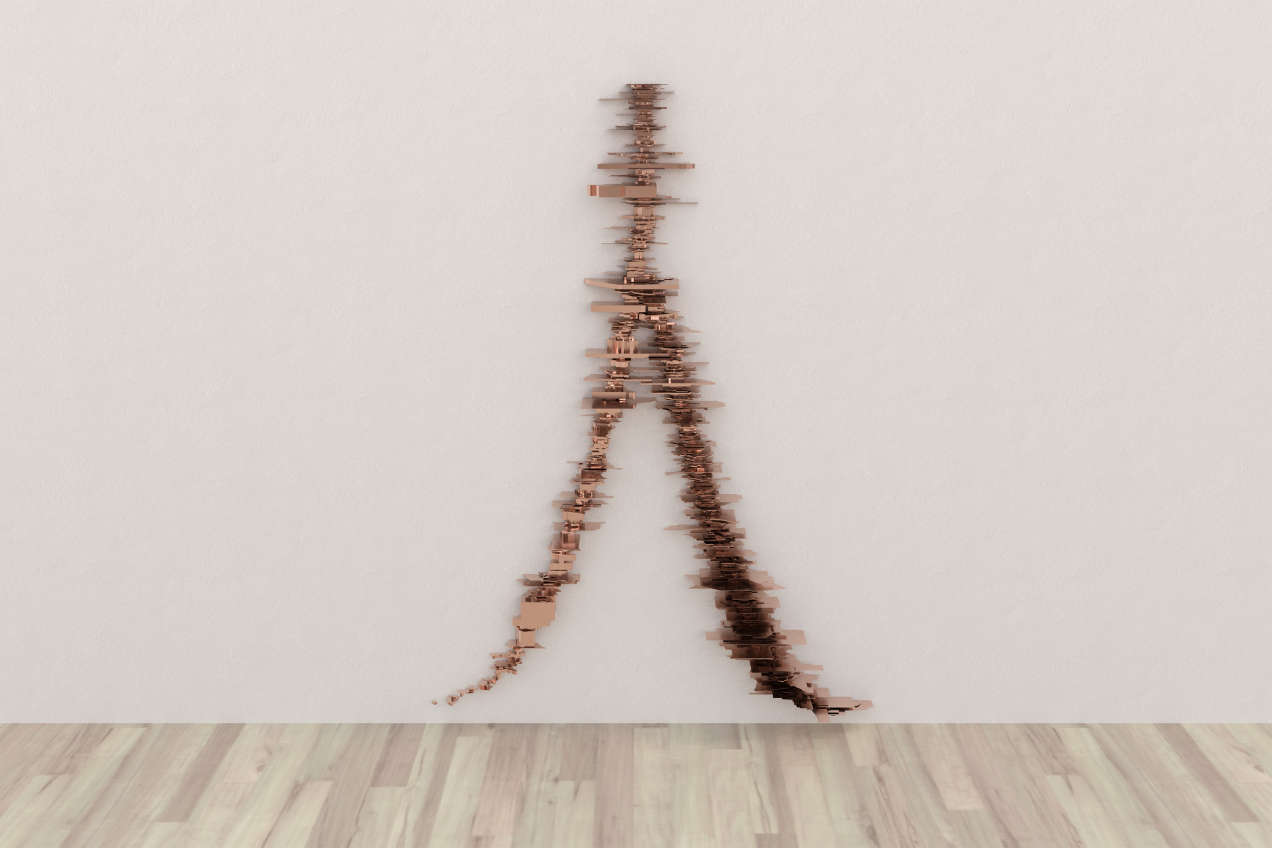 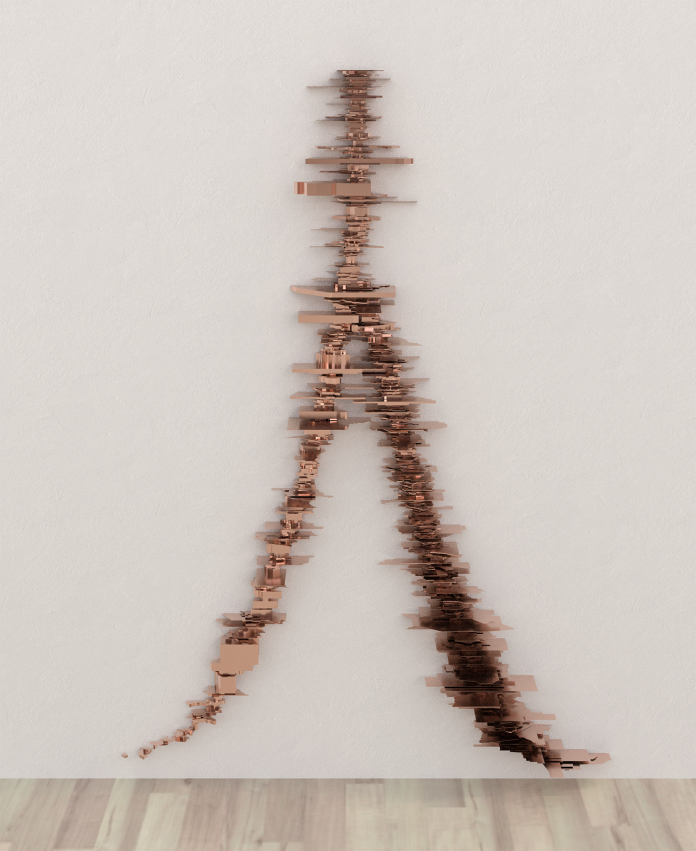 Since the 2016 US presidential election I’ve been fascinated by the divides between parties, particularly the urban/rural divide. Traditional election result maps that color states or counties red or blue paint a misleading picture by giving a lot of visual weight to incredibly sparsely populated rural areas. The sea of red rural counties makes it look like the US is overwhelmingly Republican, which is true if you’re counting by land mass alone. In reality, however, the voting population is fairly evenly split between the two parties if you count the actual votes. But votes for the Democratic party are highly concentrated in population dense urban counties, which leads to traditional maps presenting a confusing picture.

If we look closer at the base of Clinton’s landslide counties we see a number of geographically small but powerful counties (in terms of votes, mapped to height). That’s DC sitting so far out to the left, which went 93% for Clinton. And Los Angeles County, which accounted for 1.9 million Clinton votes, is one of the thick ones (a few counties below is Cook County, IL, accounting for 1.5 million votes). 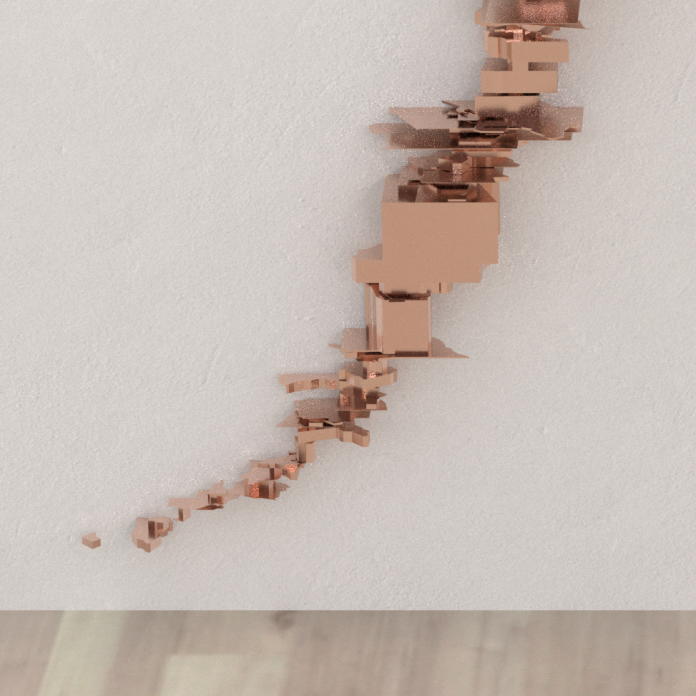 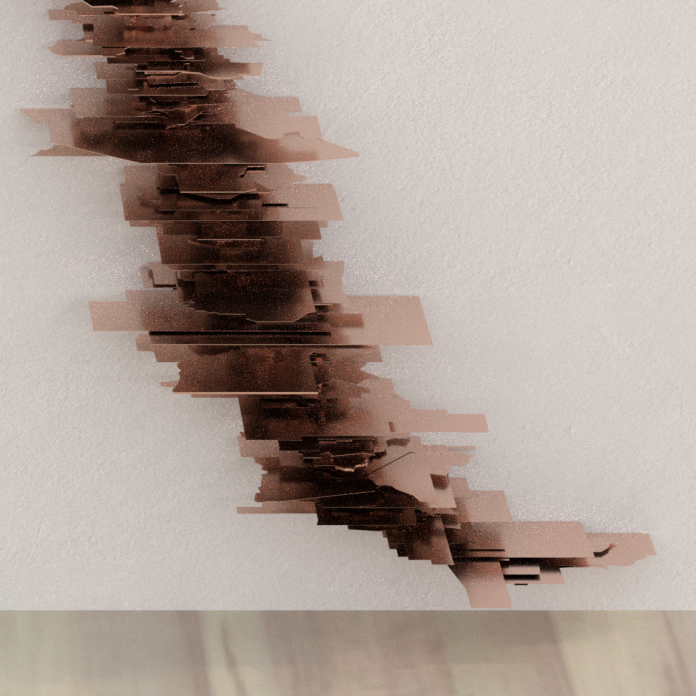 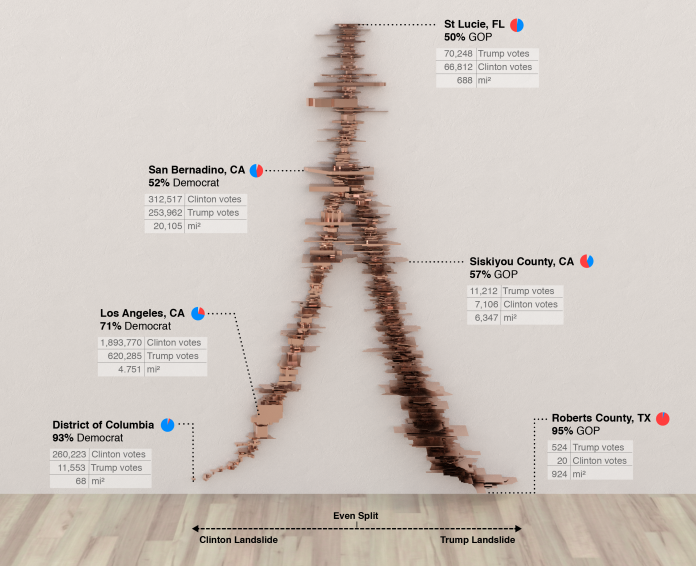 At the moment this is purely a digital rendering. Due to the complexity of the structure, I’m struggling to figure out how to turn it into a physical reality. If you have any thoughts, please reach out.

One thought on “Bridged Counties – 2016 US Election Sculpture”