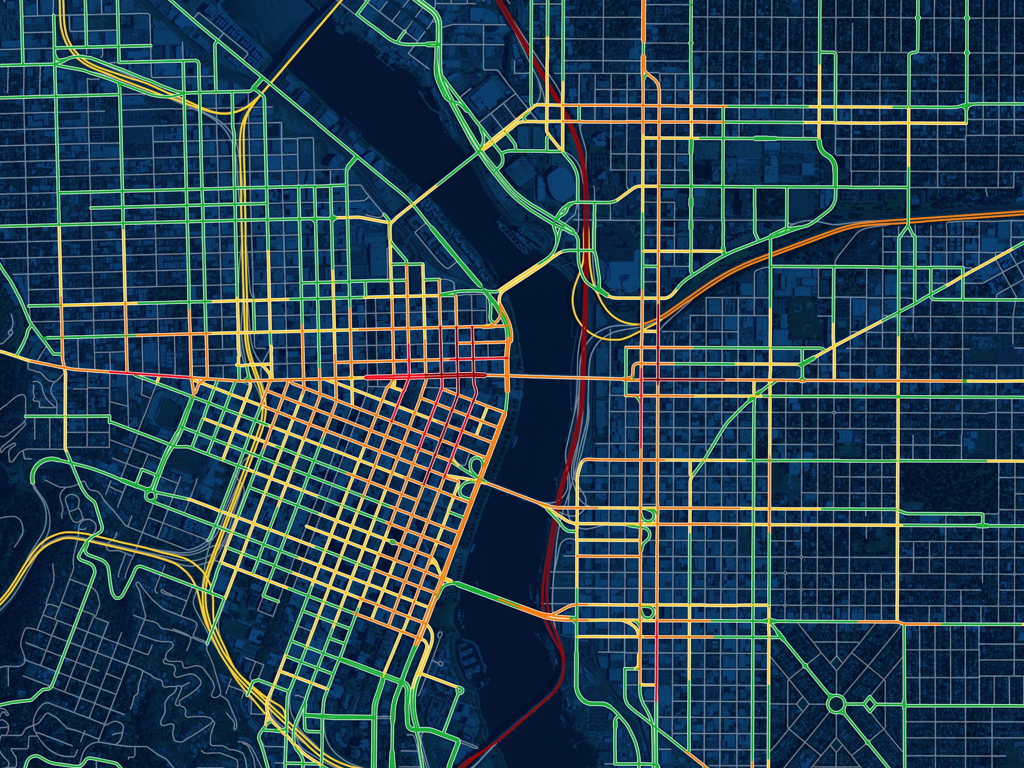 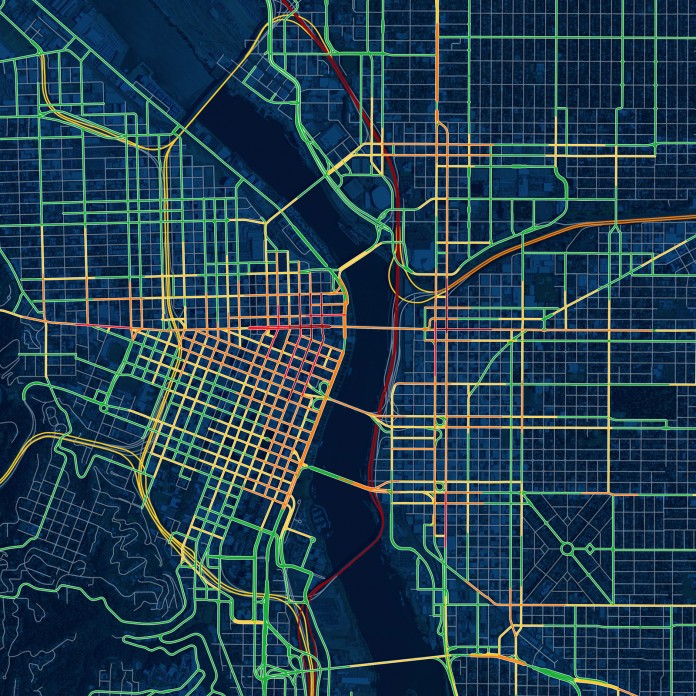 You can see the highest density of DUI arrests in Old Town, particularly along Burnside and 3rd Ave. Zooming all the way in and you can even see the detail of the satellite imagery showing the buildings. 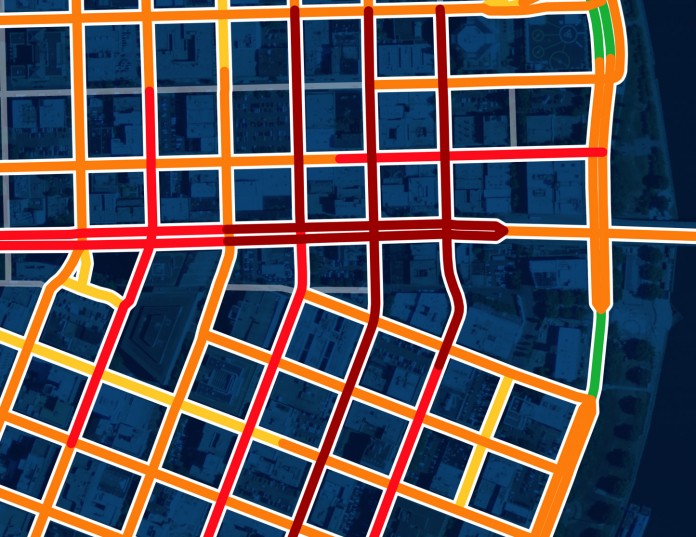 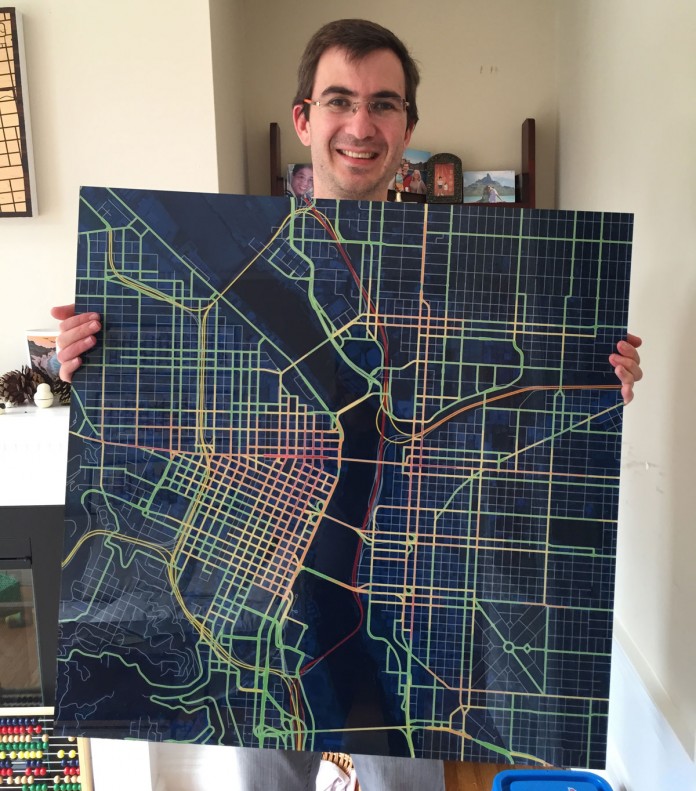 The satellite imagery was from the National Agriculture Imagery Program (NAIP) and was downloaded through the Oregon Imagery Explorer.

If you’d like to make your own high-res print, the full resolution file (9,768 pixels square) is available for download (53.3 megs).

This piece will be on display as part of the Deviant Cartography show at the Diode Gallery in Portland. Come see the show Thursday April 2, 6-9pm.

One thought on “Drunk Traffic Map of Portland DUIs”