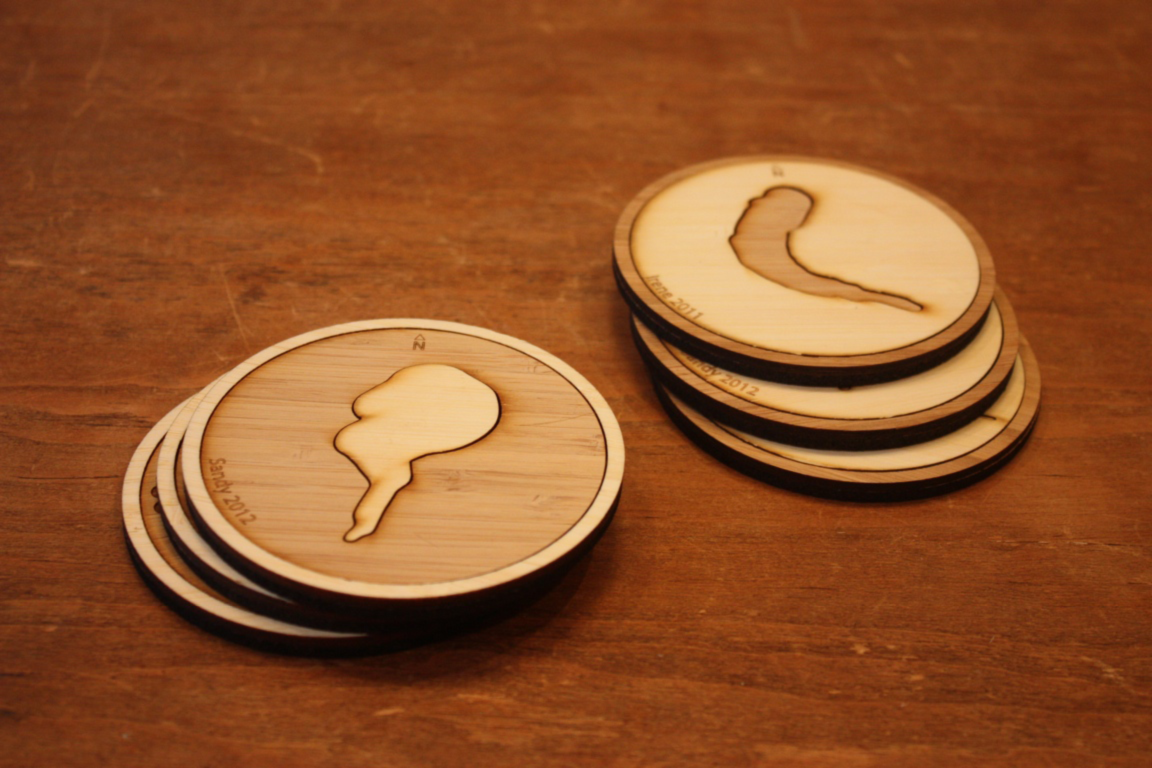 I’ve been creating maps of hurricanes for the last few years. My job involves writing software to assess the impact of an approaching storm, so during an active hurricane season I become a bit obsessed. When you watch these things so closely and so constantly they get burned into your memory. They almost enter your subconscious. They become inkblots on a Rosharch test. Irene, Isaac, Sandy. I started seeing hurricanes everywhere.

The hurricanes on these coasters are all to scale, so you can look at one storm next to the other and compare the sizes or orientations. The image below shows Irene compared with Sandy compared with Isaac. You probably remember Sandy from 2012. Irene was the big storm the year before. And Isaac was the one that swept by Florida during the Republican convention in 2012.

These shapes now sit on my coffee table. You can compare the sizes to see that Sandy was so much wider than the other storms. And they even work well to hold drinks: 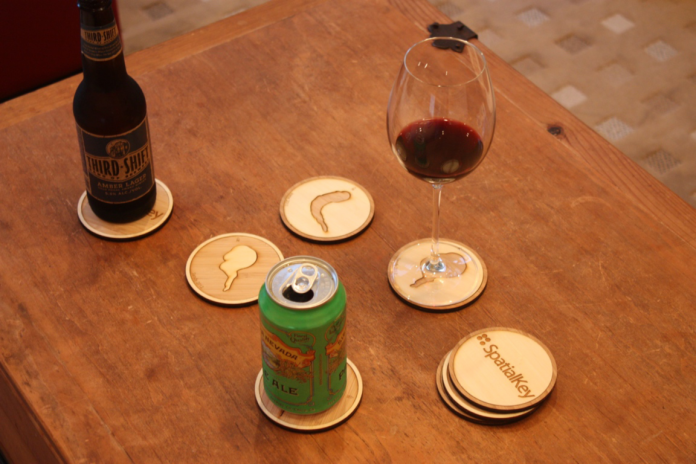 I used Ponoko, which provides laser cutting as a service. I cut my designs out of two different kinds of bamboo, which gave me the two-tone look. Unfortunately, Ponoko seems to have discontinued one of the kinds of bamboo, so recreating coasters like this is a little more difficult now.

I used the Ponoko design template, and sent this design off for laser cutting:

If you’d like to modify this design and use it yourself, feel free to download the vector EPS file.

I sent that same design off for laser cutting out of two different sheets of bamboo. Once I got the laser cut pieces back, I assembled them and glued them onto a base of corkboard (also ordered from Ponoko). 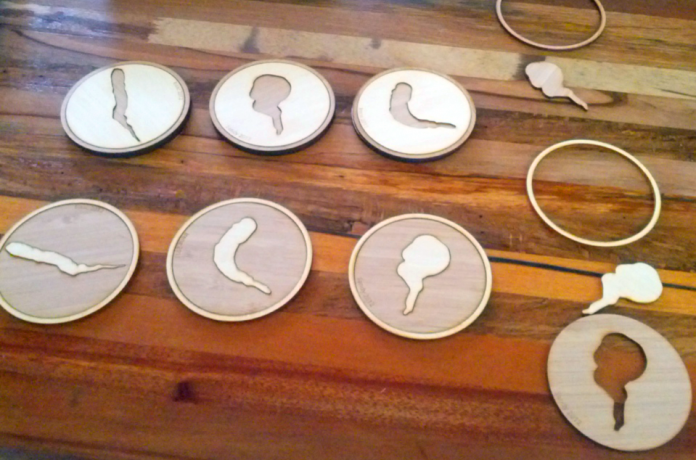 Overall I love Ponoko. It’s safe to say I developed a bit of a laser cutting habit (which can certainly start getting expensive). I’ve done a lot of work with Ponoko, and what I get shipped back from them always matches my designs exactly. 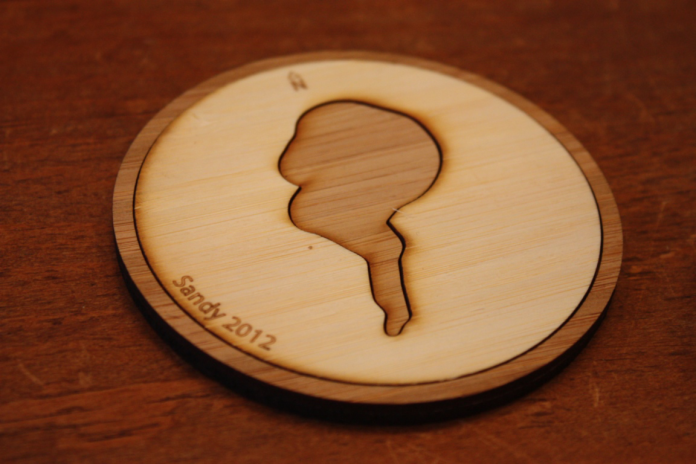 Hurricane Sandy was a huge force of nature. It was 1,000 miles wide. And in its path it left 285 people dead. There’s something I’m trying to get at here, a cognitive dissonance of sorts. We watch these massive events, these things that kill people, and it’s so incredibly hard to really understand that. And so we don’t. We watch the news and we track the data, but we don’t really understand what a thousand mile wide path of destruction really means. These coasters are an attempt to physically embody that discordance.