Happy Halloween! This is the dorkiest pumpkin I’ve ever carved. For those of you into data visualization or mapping, maybe you can recognize it: 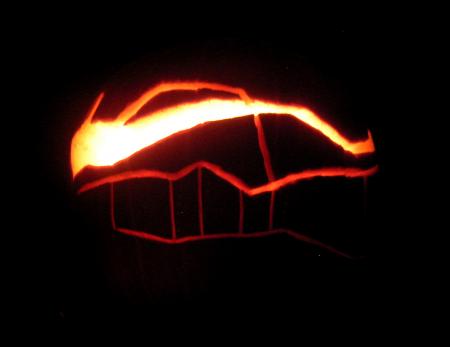 This is a pumpkin representation of Charle’s Minard‘s visualization of Napoleon’s march into Russia in 1812. This graphic is considered by some (ie Edward Tufte) to be the “best statistical graphic ever drawn.” The graph shows the size of Napoleon’s army as they marched to and from Moscow. You can see how the army shrank as they approached Moscow. Once they reached Moscow they found the city had been abandoned and burned. Then they marched back home, except it was through a brutal Russian winter and nearly killed the remaining army. By the time they return home you can see the size of the army is just a small trickle.

Beyond just the two charts of the march to and from Moscow, the graphic also serves as a map, with the paths indicating where the troops were geographically. And below the map is a temperature chart that visualizes how severe the winter weather was, which correlates with some of the major drops in troops on the way home.

The carved pumpkin ended up being very hard to take a photo of because the graph wraps around over half the pumpkin’s circumference. So I tried to take a few pictures to get the different sides. I carved the march to and from Moscow, as well as the temperature chart along the bottom. 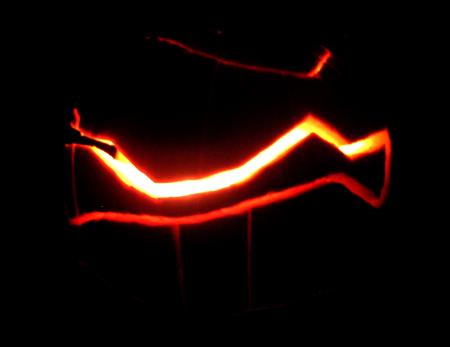 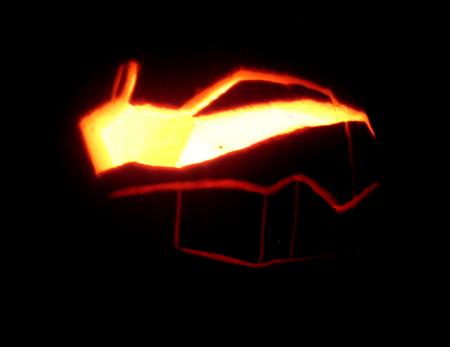 Hope everyone has a great Halloween tonight!