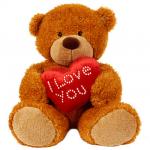 Standard
UPDATE: Well shit, turns out that posting the source of the almost-open-source-but-not-quite-yet Flex SDK is a no-no for now. I assume once the Flex 3 SDK officially goes open source this will be OK, but for now I’ve been asked by Adobe to take it down. As you say master.

I’ve posted the Flex 3 Beta 2 SDK that can be compared using Trac to the previous Beta 1 SDK files. This lets you easily see what changed from Beta 1 to Beta 2.

Some other things to note:

A little jab at the Flex 3 SDK team. This is about a bug in the Flex 2 Beta 2 release. Looks like someone forgot to remove a trace statement. Woops.

If you want to get overwhelmed with “Move indeterminate” trace statements then debug this app in the latest Flex Builder:

This bug has been fixed, although not scheduled to be rolled out until next beta. I assume you can grab a nightly build and install a newer version of the SDK if you want to make these trace statements go away.

I’ll be bitching more fairly soon about some other pain points when upgrading an app from Flex 3 Beta 1 to Flex 3 Beta 2.