I’m happy to announce a new crime mapping application I’ve been working on that just went live on the Guardian DataBlog. The app lets you compare different cities in England to see where crimes of different types are distributed. You can either compare two cities side by side, or two different crime types in the same city. So if you’ve ever wondered which areas of London have high amounts of violent crime but low amounts of burglary, now you can find out. 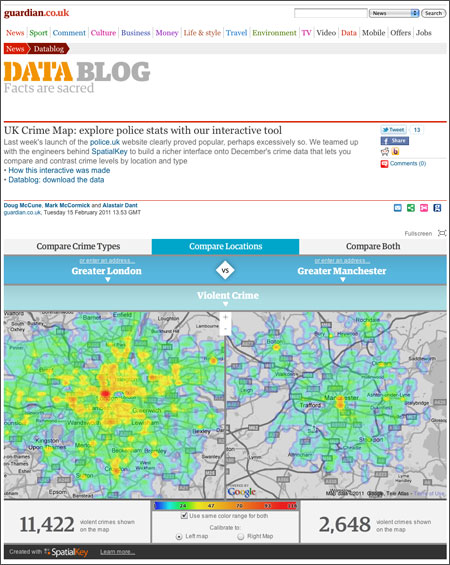 This custom app was built upon SpatialKey, which made cranking it out only take a matter of days (the whole thing start to finish took about 4 days).